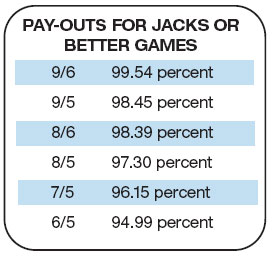 While often times the right decision is a no brainer, sometimes there are important strategy decisions to be made to make the best out of the hand we get dealt. The way to best analyze situations is using a concept known as Expected Value (EV). EV calculations involve determining which course of action will yield the most value over the long run. Fortunately, we have developed a tool to do the math for us! Please note that all Expected Value calculations are based on the maximum 5 credit bet. Check out the Video Poker Trainer to try some different possibilities. You can see some examples of the tool’s output below.

For instance, if we are dealt JJT98 and decide to keep the pair of jacks, we will, on average, win 7.68 credits on our 5 credit bet. If we had instead kept the JT98 and gone for the straight, on average, we would win 3.62 credits on our 5 credit bet, a negative expected value since we bet 5. Thus the EV of keeping the pair of jacks is +4.06 (7.68 vs 3.62), and it thus +EV (beneficial) compared to throwing them away and going for the straight. You can see this illustrated below: 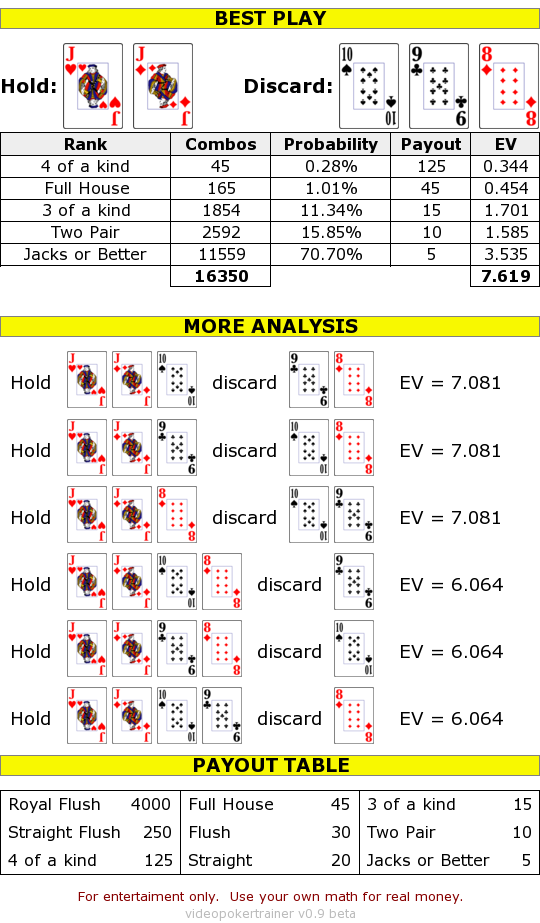 Break a Pair of Jacks or Better?

There are other situations where the EV is much closer in value, making it a closer decision. For example, if we were dealt Qd Jd Td Js 2d, we have one qualifying pair right now, but we could decide to instead keep the Qd Jd Td and draw to the Royal Flush or even hold all 4 flush cards to go for just the flush.

If we keep the pair of jacks, on average we will win 7.68 credits. If we draw to the Royal Flush with Qd Jd Td, we will on average win just 7.16 credits. Finally, if we were to draw one to try to complete our flush, we will win 5.32 credits (not shown). So we can see that in this case, pair is better kept together, rather than going for the longshot of a bigger payout. But if we change this hand slightly to a flush and inside straight draw, such as Qd Jd Td 8d Js, now it is better to go for the big draw at 12.23 credits, compared to the 7.68 credits by keeping the pair of jacks. Try it for yourself by clicking here. 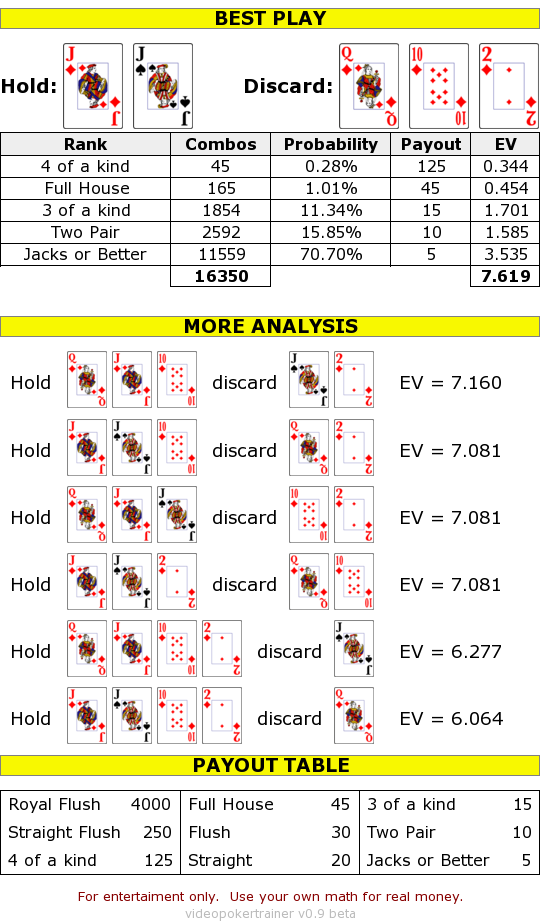 Break a Made Flush in Jacks or Better? 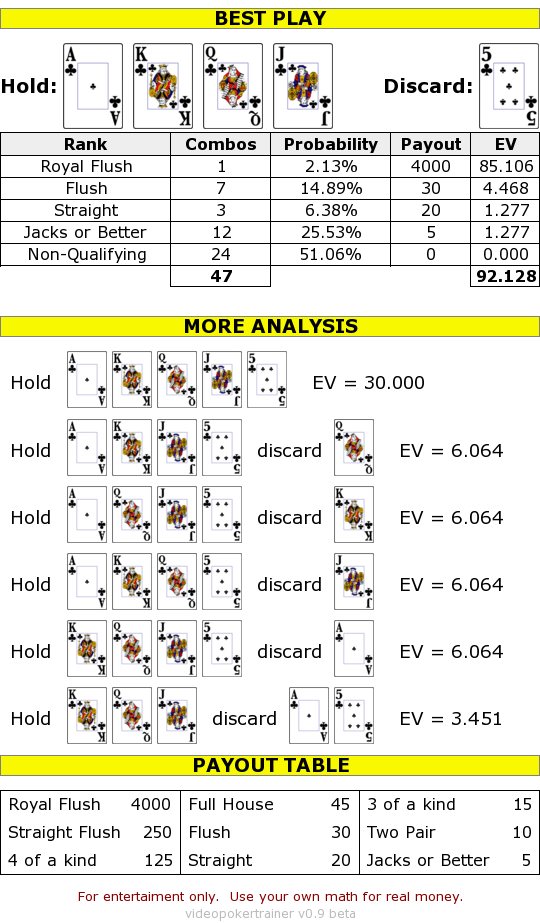 Find the top pay tables for Jacks or Better and other variations AND earn a video poker bonus! We suggest playing at: